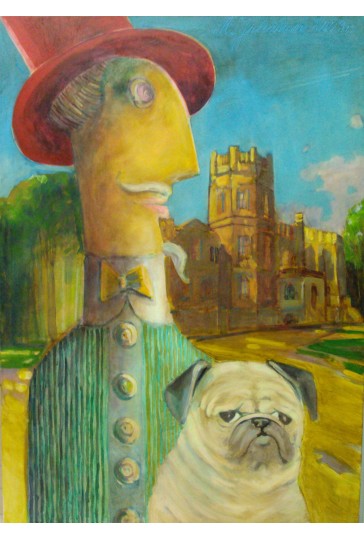 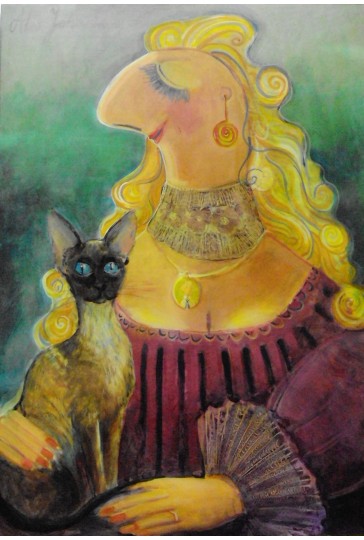 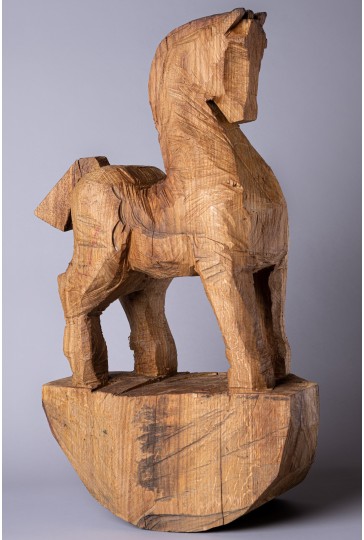 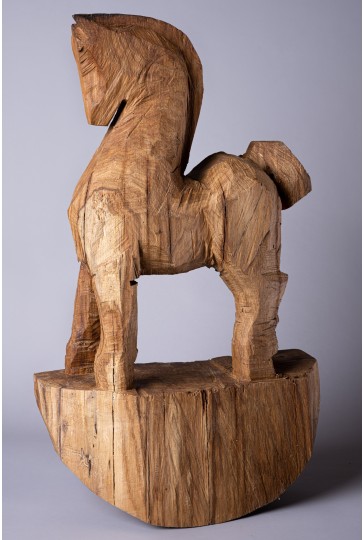 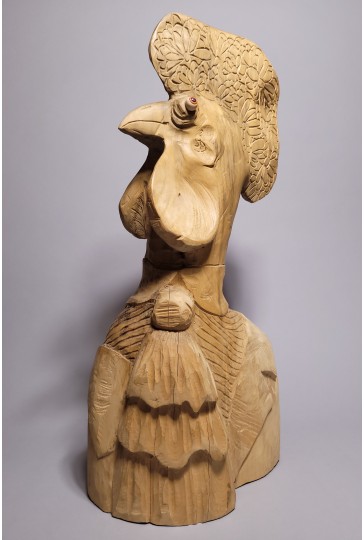 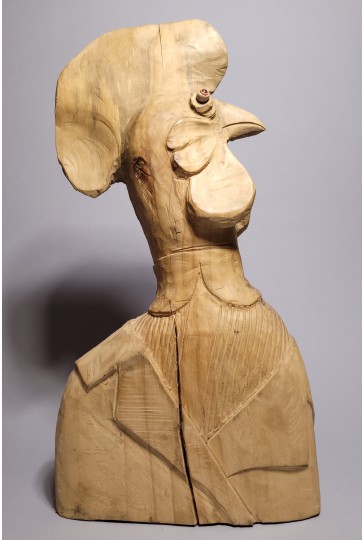 Alex Johanson – an artist, ceramicist, painter and sculptor. Fascinated by Polish landscape, folklore and history, he goes to the mountain when he only can, and creates his original and unconventional works of interesting shape and color. Among them all you can find narrow-waisted, busty women, men with top hats, or Lajkonik-woman. It is a mysterious not fully defined figure. There are also paintings, wooden sculptures, and ceramic forms, the representations of women and men of distinctive noses, bulging eyes and swanlike necks. They are couples entwined in loving embraces, which communicate with each other with the clear and literal use of their tongues. An odd menagerie also appears – sculptures of cats, pigs, the sheep’s heads, some pictures of roosters and animals of different descriptions, accompanying the Three Wise Men, the Angels and the carollers as if nothing had happened. Among them all there is also a place for… some enthusiastic football fans. The titles of the most recent Johanson’s series of works such as: “Egg…sons”, “Cat…sons”, “Bird…sons”, “Euro 2012 – Football Fans” or “Kisses” – they all prove that there are surprising motifs in Johanson’s works. The lowest common denominator of his works of art is the humorous and sometimes even bawdy way of presenting the chosen topics. Johanson is a perverse artist. He also likes poking around the past. Amongst his paintings we can find portraits of some ancestors (“Great-grandfather Johanson”, “Ancestors from Kotow”, “Ancestors from Andrychów”) however the artist himself admits, he doesn’t really know whose ancestors could some of them be. It happens sometimes that one can be an ancestor of some pirate who later turns out to be local Mr Heniek. Sometimes he takes them out of the pictures and gives them spatial forms. A wide variety of topics, techniques, as well as the colours combinations and humorous mode of artistic expression makes the viewer a little surprised. And that is probably the method of Alex Johanson – unlimited artistic freedom. Infatuated with Kazimierz Dolny on the Vistula, and the atmosphere of Festival of Film and Art Dwa Brzegi, he decided to prepare an exhibition called “The Cinema According to Johanson”, on which he is going to present ten ceramic sculptures connected to the films.

It's hard to write two or three summary sentences about them all - they are as different as their creative personalities may differ, but they have one thing in common - they are incredibly devoted to their work. What they do is their passion, thanks to which the sculptures and figurines they create - or even utility objects - are truly unique. By clicking on any of the photos above, you can read a short biographical note on each and every one of them - but the best way to get to know them is to look at their work. Welcome!